It’s not Christmas morning without GINGERBREAD CINNAMON ROLLS for breakfast! Soft, fluffy, and covered in molasses cream cheese frosting… these are so good with a big cup of holiday cheer.

You can save time by making most of this recipe in advance: roll the dough, cut into 12 rolls, pop them into 1 9 x 13 baking dish, and pop in the fridge overnight. Then wake and bake! 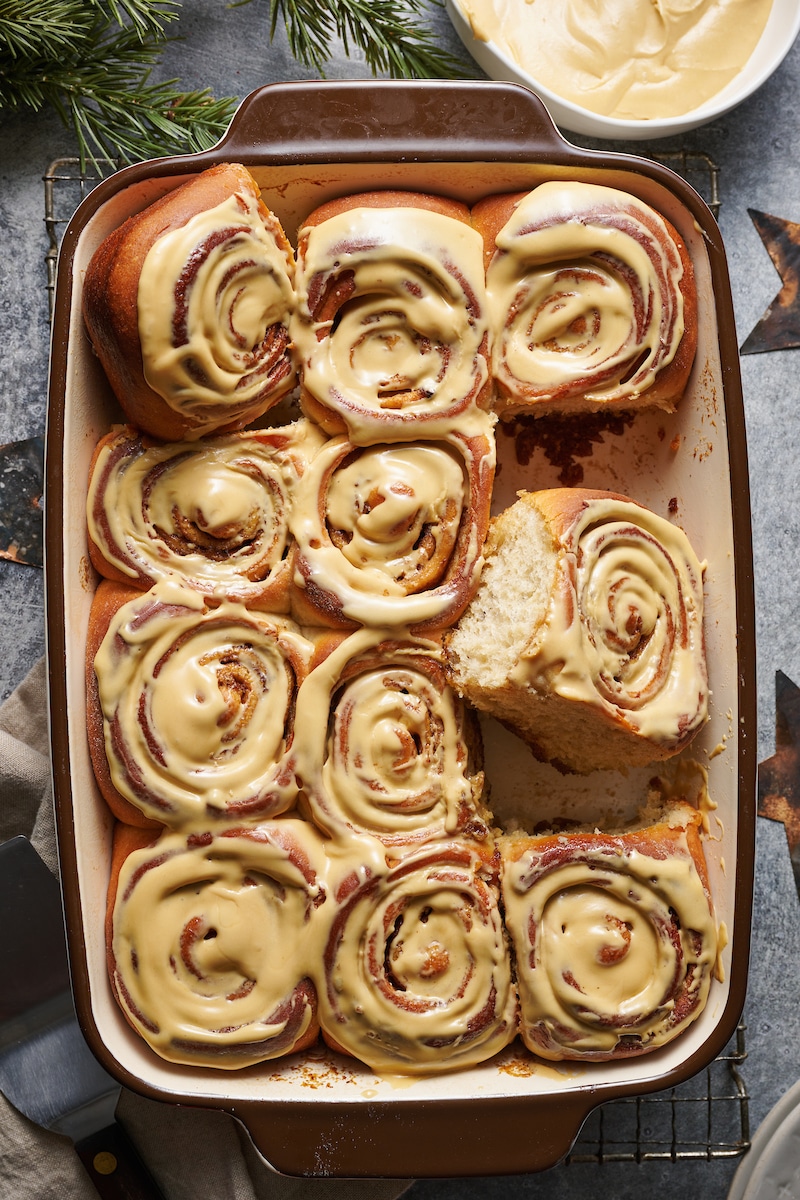 CHRISTMAS BRUNCH! There’s literally an entire chapter dedicated to brunch in my cookbook… and honestly, I could write an entire book on the subject and still have ideas leftover. 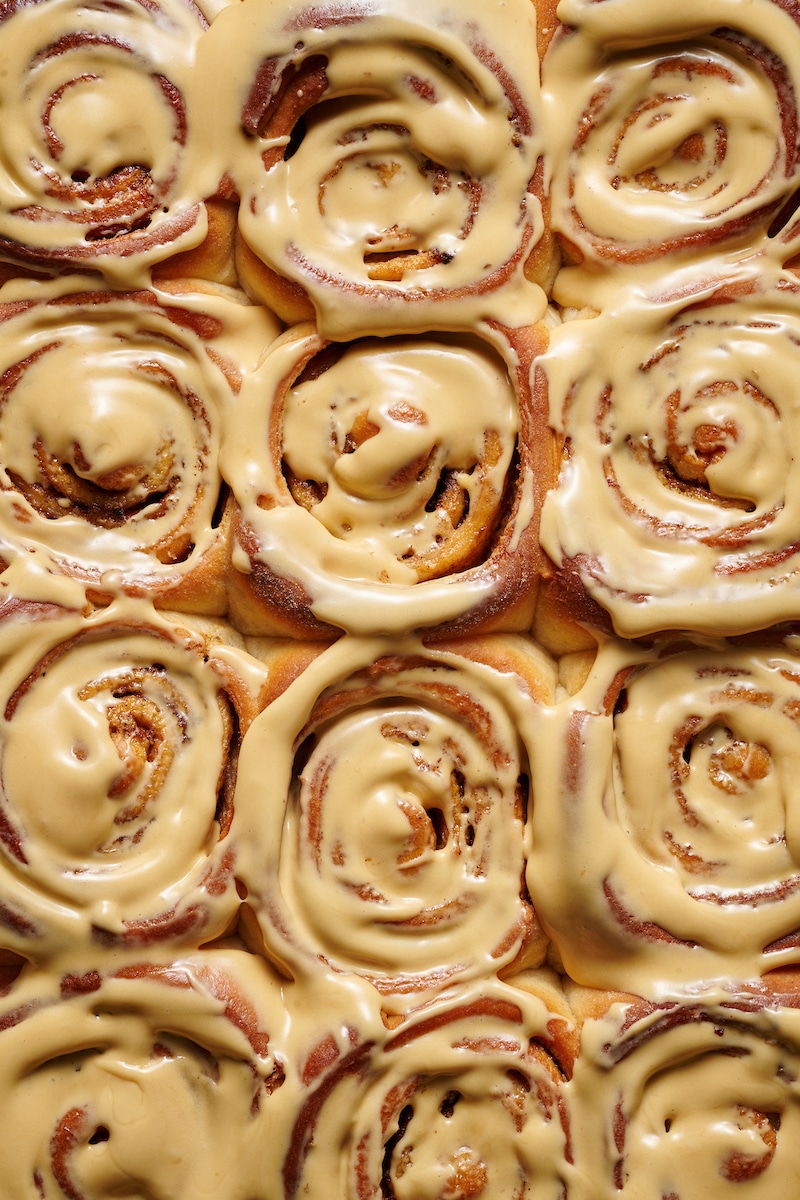 Before my mom passed away, we would spend HOURS on the phone planning our epic holiday brunch extravaganzas. And I honor her memory by carrying on that tradition year after year.

And this year… we’ve got a new menu item: gingerbread cinnamon rolls, baby! Very similar to my overnight cinnamon rolls… but with a festive twist! 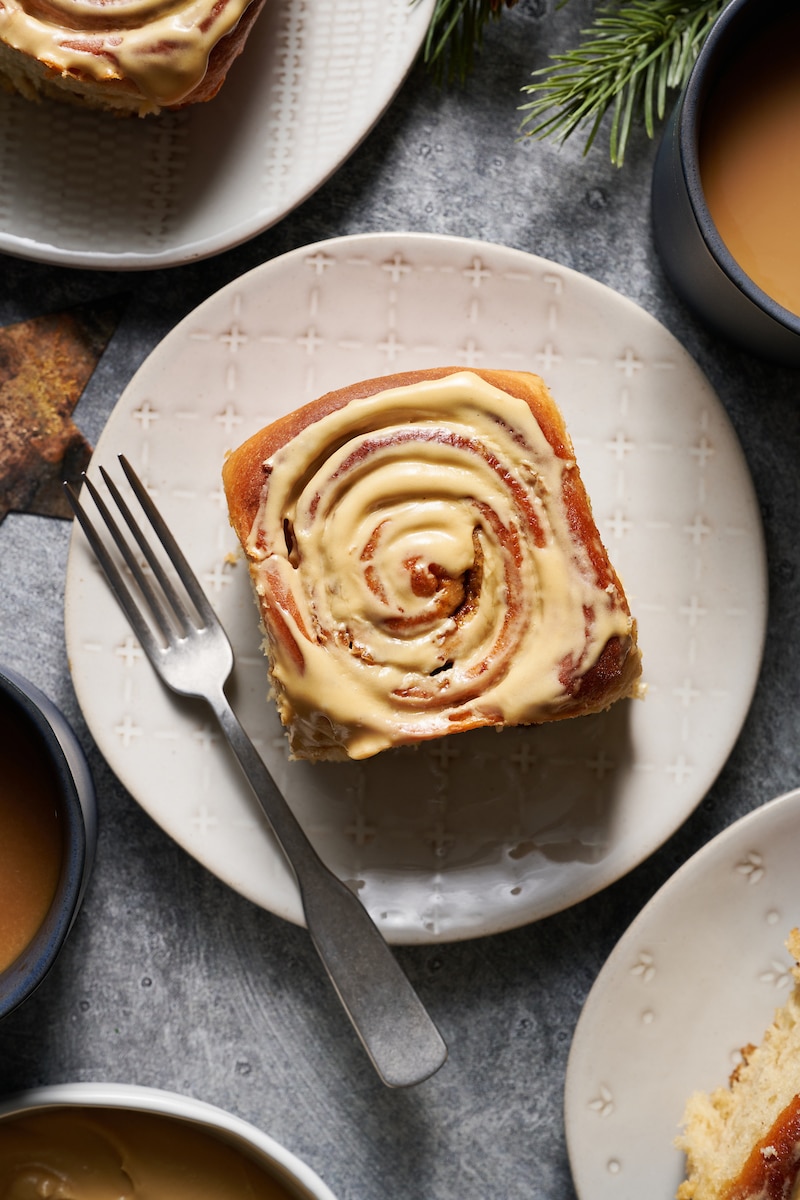 These fluffy lightly browned buns are loaded with brown sugar, cinnamon, ginger, and cloves, and they’re truly what dreams are made. It’s almost impossible to stop at just one! 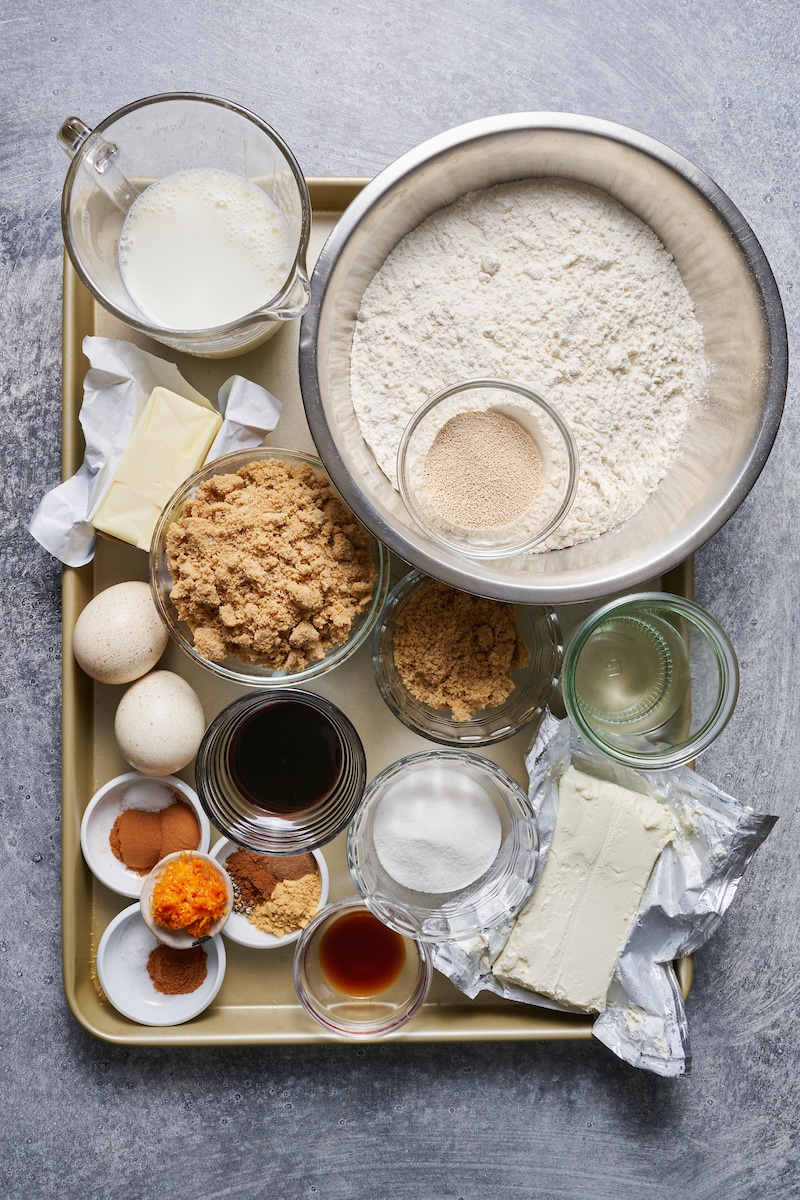 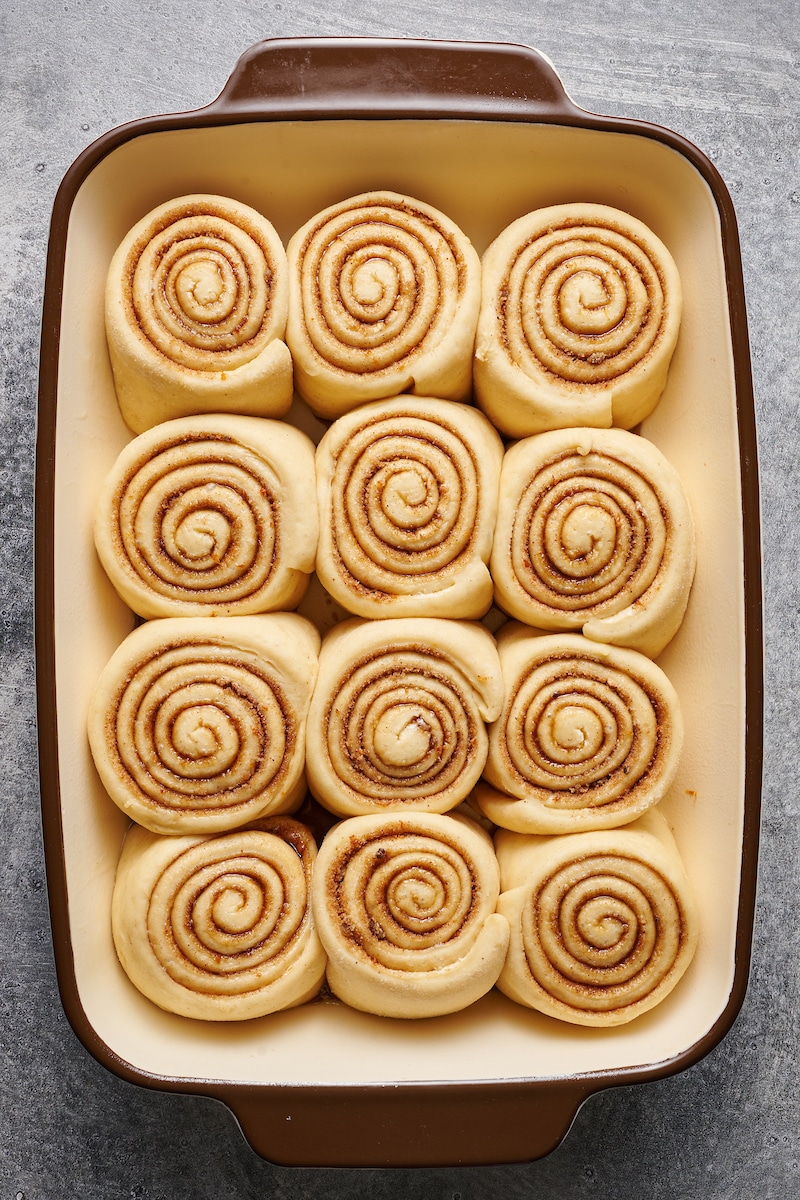 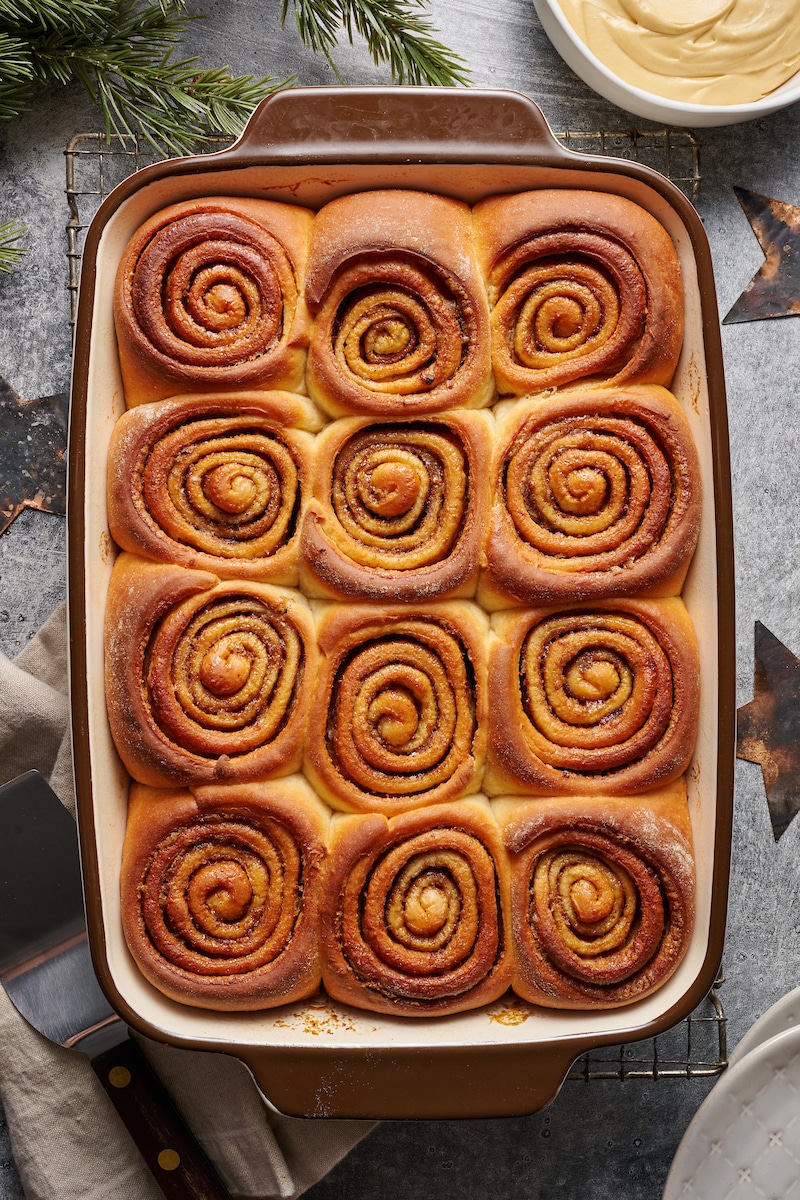 If you want to make these gingerbread cinnamon buns even more delicious, try topping them with sugared cranberries! 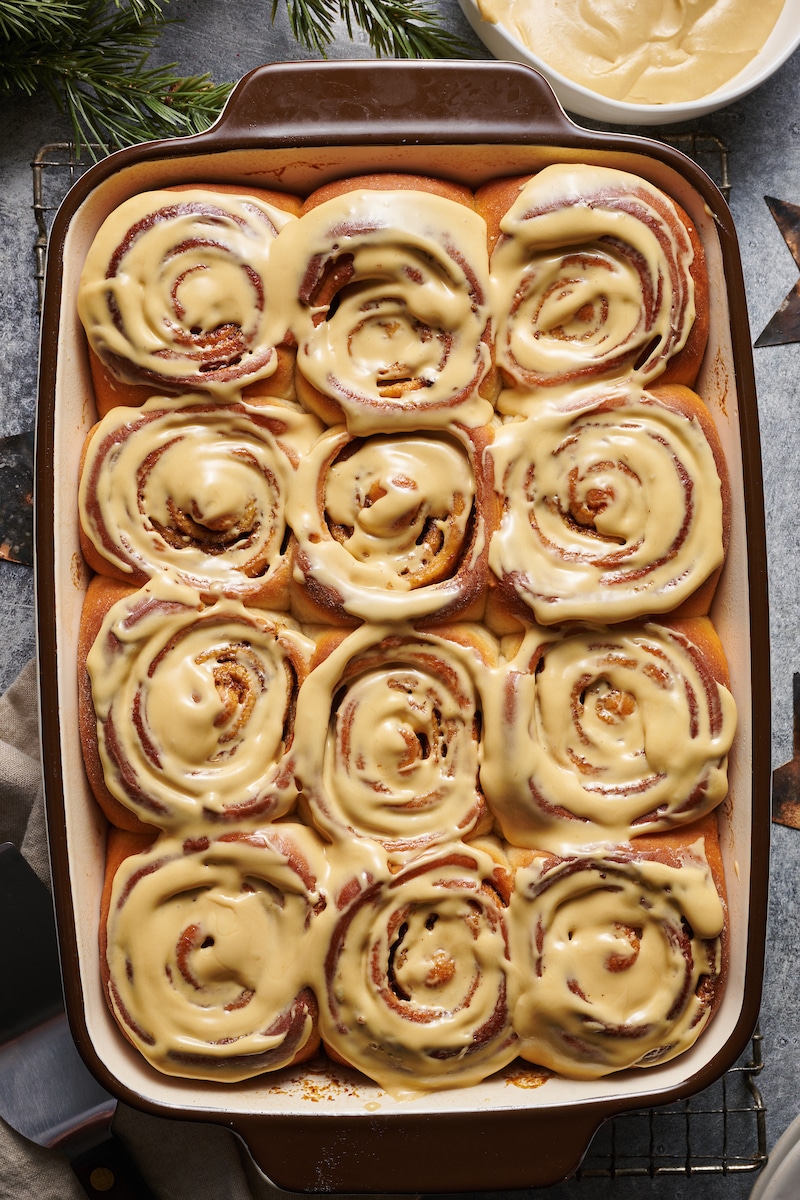 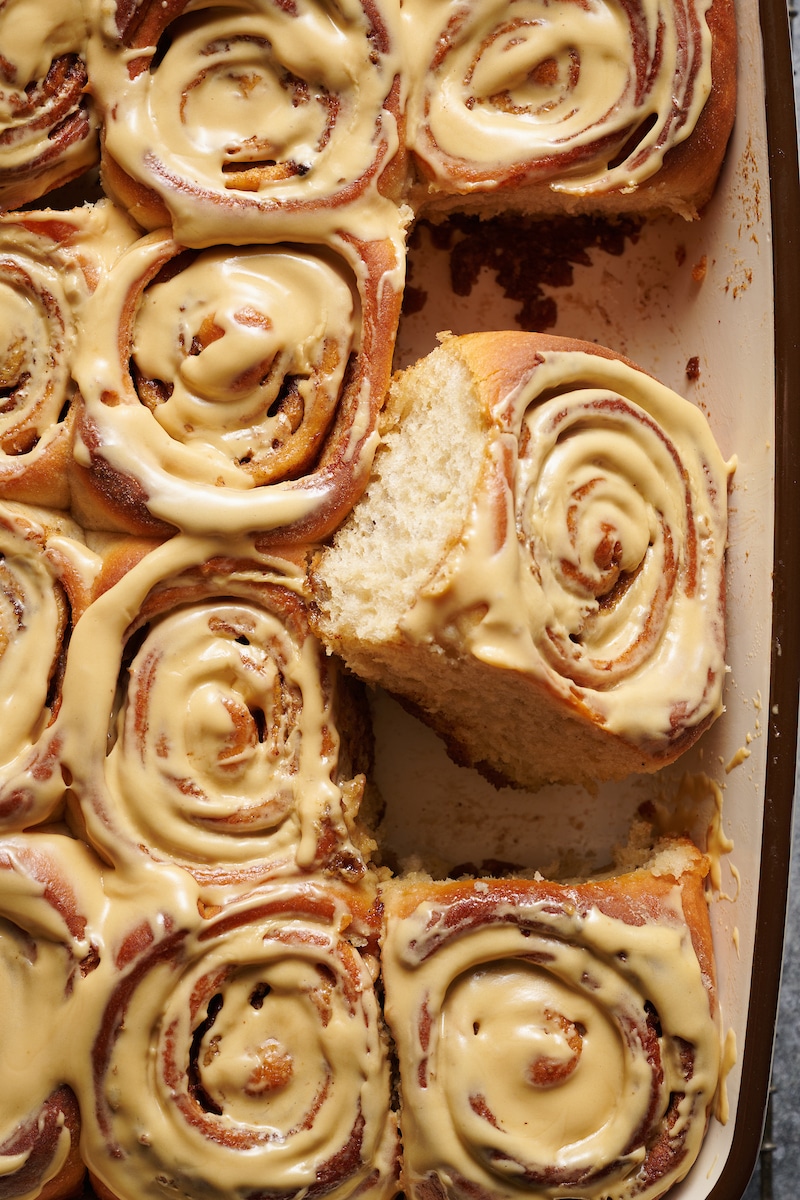 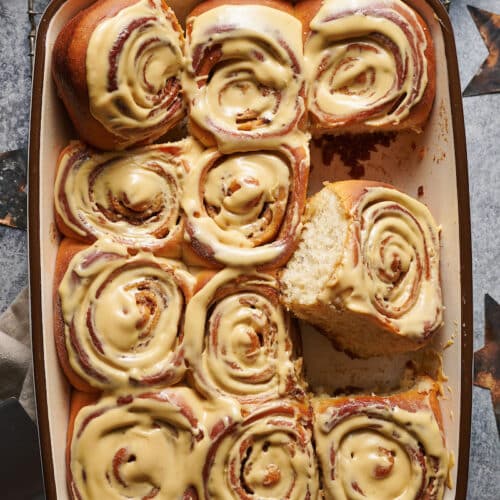 For the Cinnamon Rolls:

For the Cream Cheese Frosting:

For the Cinnamon Rolls:

For the Cream Cheese Frosting: