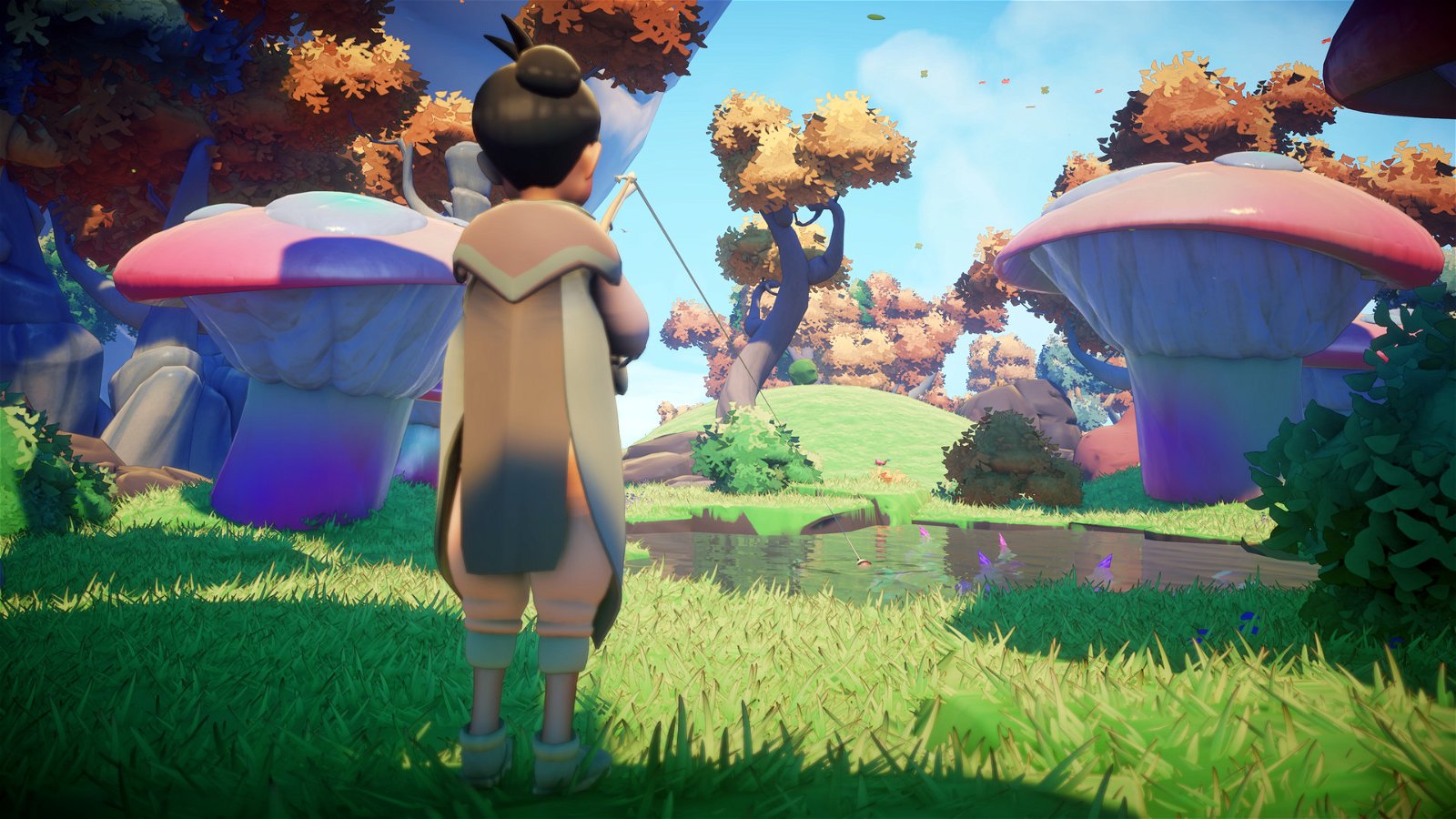 On Monday, January 17th, most of Southern Ontario was hit by a massive snowstorm. I’m talking like, a solid five feet of snow just piling up outside. Roads were closed, workers stayed home; it was pandemonium.

During the day, I looked out the window at my driveway as the snow piled up and thought, “I need to go out and shovel that,” but the daunting reality of going out in the cold, with a small shovel to remove five feet of snow also made me think, “I really don’t want to do that.” So instead, I turned on my Switch and started playing Grow: Song of the Evertree.

And I realized something strange occurred as I fell into the relaxing monotony of tending to my garden, to gain materials in order to build my town—I was putting off real-world work, to do work in a video game.

It’s something that has always been fascinating to me, ever since Animal Crossing released on the GameCube in 2002. As I’ve stated many times, I instantly fell in love with the game, but I had one friend who hated it adamantly, stating “why would I play a game, to do chores? I can just do that in real life.” Back then, my reasons for enjoying those kinds of games came from my own loneliness, and longing for a world I could belong in, but at the time, I never really knew what drew me to them.

“I was putting off real-world work, to do work in a video game.”

Even before Animal Crossing, one of my favourite games was Harvest Moon—I can even recall one New Year’s Eve where I was forced to interact with other kids I didn’t know, and after I got into a fight with one of them, my Dad took me into another room where I could be alone with my Game Boy and Harvest Moon 2; At that moment, I was happier than I had been all night.

Harvest Moon was unlike any game I played at the time—at the time, our game collection was pretty sparse, so Donkey Kong Country, Kirby’s Super Star, and Super Mario RPG were in constant rotation. Unlike the fast-paced action, or simple strategy (that I didn’t fully grasp) of those games, Harvest Moon was slower, and more methodical; with the gratification being much more delayed.

In the pre-internet era of the late 90s and early 2000s, it’s probably a bit easier to see how a kid could be drawn to a game like Harvest Moon: its gameplay was simple enough to understand, and engaging enough to want to participate in; and it provided a sense of structure and routine which, children respond to. The CDC’s website actually lists Consistency, Predictability, and Follow-through as essential components in building structure, which are crucial for helping kids develop healthy and positive behaviours. However, these guidelines are loose, and things like development and general attention span can alter them.

“…I had one friend who hated it adamantly, stating “why would I play a game, to do chores? I can just do that in real life.””

Although, you can see how these elements come into play in a game like Harvest Moon. The tasks you need to perform every day are simple and easy to complete—plant your seeds, water them every day, harvest them when they’re ready. The rules that are in place are consistent and predictable, and if you break them, you have to suffer the consequences. You need to be aware of your energy and manage your tasks; if you don’t, then your crops will wilt, and you won’t have money to plant more seeds, or purchase food which can restore it. If you don’t tend to your animals, they’ll get sick and die.

Harvest Moon, in its earliest iteration, contained the building blocks to nurture positive structure and growth for a child, but obviously this needed to be balanced properly—looking at my own past; since video games were the way I tried to escape from my own life, I would often neglect my own homework to play Harvest Moon, where I had more control, and felt safer.

Nowadays, with technology so widely available, and accessible to kids; a game like Harvest Moon probably wouldn’t hold anyone’s attention—not when any parent’s phone or tablet can be immediately accessed and piloted towards YouTube with such ease. Even adults get a near constant stream of instant-gratification—either through technology, social media, or video games that are deceptively designed to manipulate their players and prey on their impatience.

“The CDC’s website actually lists Consistency, Predictability, and Follow-through as essential components in building structure, which is crucial for helping kids develop healthy and positive behaviours.”

But it’s not like farming/life Sims have fallen out of favour. Quite the opposite actually, with Minecraft and Stardew Valley being among some of the most watched games on Twitch, not to mention the popularity of Animal Crossing: New Horizons during the pandemic. Much as times have changed, so too have these games—transcending past their simple origins to offer more interesting experiences. These games stand out now by having a hook.

It’s part of the reason I couldn’t get into The Sims 4 when I reviewed it back in 2017; there wasn’t really anything new or interesting to it, and too much of the game involved constantly looking after the neediest creatures in video game history. It never felt like I was making progress, and it was boring. By comparison, a game like Grow: Song of the Evertree finds a captivating way to streamline some elements of farming sims, while also implementing them uniquely into its broader meta-game.

“A game like Grow: Song of the Evertree finds an interesting way to streamline some of the elements of farming sims”

Not only does it utilize and streamline the function of the day-to-day grind of most farming sims, but it blends it seamlessly into the narrative necessity for the town-building and management sim elements, creating a unique experience that is easy to get lost in—coupled with an excellent visual style and detail.

But Grow: Song of the Evertree is one of the more less-known indie games, having been released only in November 2021. But even if you look at something so widely beloved as Minecraft, even it was transcending its own boundaries to the extent that, as I recall, my brother and I once spent eight solid hours mining, crafting, and building within its world.

Minecraft functions like virtual Legos, allowing players to collect and assemble whatever their imagination can conjure; and while this level of limitless freedom is novel in itself, in the game’s survival-mode, we can see an adherence to a positive structure that makes it so engaging. The stakes are higher, as you’re forced to gather materials and find shelter to survive not only through the night, but in some of the more dangerous caves and mines.

“Minecraft functions like virtual Legos, allowing players to collect and assemble whatever their imagination can conjure…”

So not only is it deeply engaging and creative, but it sets a familiar routine of mining in the day, surviving through the night that’s easy to get absorbed in, and it sets serious consequences for venturing too far or approaching a dangerous situation unprepared—if you die carrying a lot of valuable materials, you’ll lose everything.

It’s something that both children and adults can easily understand and get wrapped up for hours in, setting small goals for yourself and working long and hard to achieve them. It provides the same sense of accomplishment and satisfaction that real work does, but from the comfort of our couches.

Video games have always been thought to be a distraction, and understandably so. It’s easy to get distracted from our daily tasks by games that allow us to experience fantastical worlds and perform incredible feats. But there’s definitely something to be said for the simple charm of sim games that tap into our innate sensibilities of wanting to see a task completed.