Over a hundred new emoji are on their way this year. The governing body in charge of official emoji, the Unicode Consortium, announced the addition of 117 new emoji for 2020, as part of Emoji 13.0. The expansion includes 62 brand-new emoji as well as 55 new gender and skin-tone variants, many of which are new gender-inclusive emoji. Other notable additions this year include the transgender flag from a proposal co-sponsored by Google and Microsoft as well as the new smiling face with tear, the two people hugging, pinched fingers, a disguised face, not to mention tons more animals, food items, and other objects.

This year, five of the new emoji including several of the more inclusive options were sponsored by Google.

The company is behind the proposals for the variants on person in veil and person in tuxedo, which now include emoji of people who look male, female, and non-binary in a range of skin tones. A gender-neutral Santa Claus was also added. 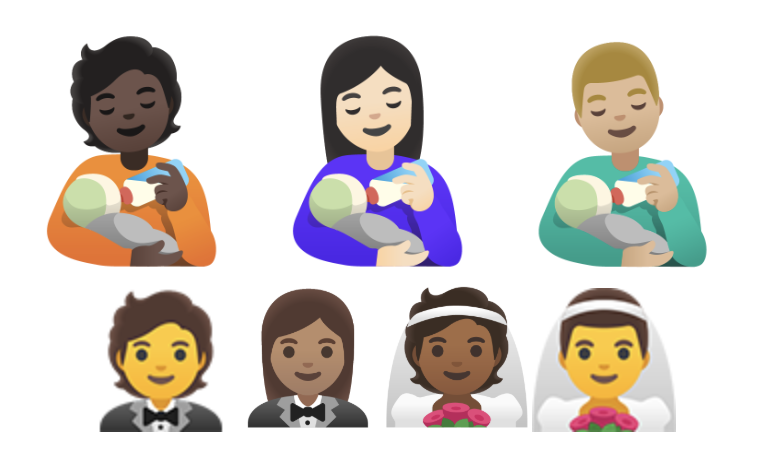 Above: Googles new emoji for Android

Until this year, the only emoji that depicts childcare is the breastfeeding emoji, explained Jennifer Daniel, Googles Design Director for the Android Emoji Program. Since an inability to breastfeed doesnt preclude you from nurturing your child, we want to introduce an emoji that everyone can use, she said.

Emoji have become more inclusive and representative in recent years, with additions in 2019 that offered a hearing aid, wheelchair, prosthetic arm, seeing-eye dog, and others, as well as a gender-neutral couple and more skin tone options.

Google also suggested new emoji focused on empathy for 2020, includingtwo people hugging and a slightly smiling face with tear. The latter is something many people have wanted in order to be able to express a feeling of both appreciation and relief. Daniel noted this emoji works well for other times you are feeling a mix of goodness with a dash of sadness like when youre thinking of past memories (as with #tbt, for example) or thinking about good times from your childhood. 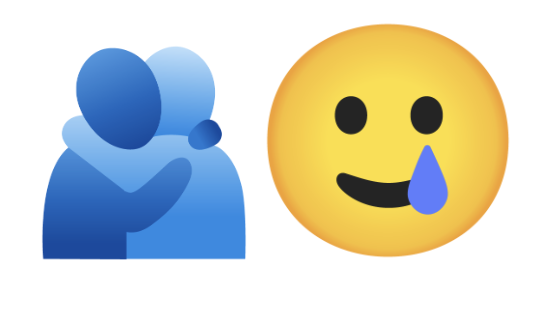 Above: Googles new emoji for Android

A ninja is being added to the people emoji as well.

With all the new emoji, what we may need soon is a better system for finding them. Predictive text and emoji suggestions only go so far. But when searching for an emoji you dont use commonly, Apples emoji keyboard on iOS requires a lot of scrolling. And every new emoji addition makes this process more difficult. Googles Gboard has the right idea, as it also adds a search box for finding emoji. In the meantime, third-party keyboards can help.